A Brief History of Sportax

Sportax Motorcycles was set up over 35 years ago by Mick Keogh. Mick was a highly rated motorcycle engineer specialising in tuning and repairs to the Rotax single cylinder four stroke engine. When Mick decided to move onto other projects, the reins were taken up by Malcolm & Tara Wright, who continued with the high standards of engine preparation for road and competition users of the Rotax engine. Malcolm & Tara also branched out selling cycle parts for CCM motorcycles and the ex Army Armstrongs.

Now in its third generation of ownership, I intend to continue the high standards Mick, Malcolm & Tara created.

In July 2014, Sportax Racing purchased Apophis Parts, a company that sold aftermarket cycle parts for the Armstrong MT500 and Harley Davidson MT350. This will help with pre MOT work having fast moving cycle parts under the same roof. It will also provide mail order parts via our on line shop for the wider CCM and MT communities.

In May 2018, Sportax Racing moved into a purpose built facility with all of the fast moving spare parts to hand and plenty of room for rebuilding engines and servicing or repairing Rotax powered motorcycles. 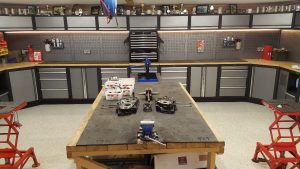 About Me – Gary Wigston 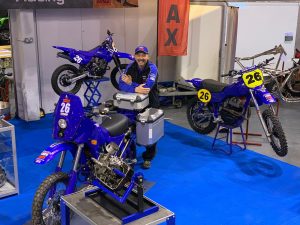 I left the Army after 24 years in 2008 having learnt a great deal about the Can Ams (which I passed my test on), the 500 Armstrong which I did many miles on as a despatch rider in Germany. I also rode the bikes in Army competitions and was fortunate to represent the Army at the International Six Days Enduro on 3 occasions – Although I rode a Honda in these competitions. As the Armstrong 500 was phased out we received the Harley Davidson 350. Good news with electric starters and disk brakes but always seemed a little underpowered. This was great for motorcycle courses as I didn’t have to keep kick starting all the students’ bikes! I was always fascinated with extracting a bit more power out of the 350 engine experimenting with different carburettors all the way to 500e engines.

After I left the Army I built a 350 Harley Davidson up from a box of parts as a bit of a hobby and was introduced to the MT riders forum. It was great to meet such a broad spectrum of decent people with one common interest – old army bikes. I was also pleased to see the bikes being put to good use in their ‘retirement’. Through links with the club (www.mtridersclub.co.uk) I got to hear about Sportax and am now the very proud third owner.

As some of the Rotax engines are coming up to 30 years old some would benefit from a ‘rebuild’. This can be anything from new piston rings and clutches to all new bearings, pistons and valves and re powder coating of the cases. All new gaskets, O rings and oil seals are also used to avoid any oil seeps weeps and leaks. Some engines have succumbed to mechanical failures which need to be investigated and rebuilt. Once rebuilt customers can see their engine running on my purpose built engine test bed.

Many specs of the Rotax engine are in a low state of tune – built for reliability over out and out performance. Hence the Military using the Rotax engine in its 350cc & 500cc motorcycles. I can offer various states of tune to unlock the potential within these robust engines. Either through exhaust and carburettor parts, big bore ‘kits’ and cylinder head and camshaft work.

With the support of Rotax I offer a comprehensive spares back up with all fast moving items in stock should you wish to carry out your own maintenance.