Team Sportax consists of Ady Connell, Dave Hobbs, Paul Hodgkins, Jack Johns, Jonny Hebert, Will Phythian and me, Gary Wigston. Between us we have over 98 years service in HM Armed Forces! Ady is still serving in the RAF for his sins! 19 International Six Day Enduro rides between us and numerous World, European, National Enduros’ and Motorcrosses.

Paul, Jack, Gary and Dave at Farleigh Castle 2013. Absent on Duty is Ady.

Team Sportax travels to Spain and the Pyrenees Mountains: 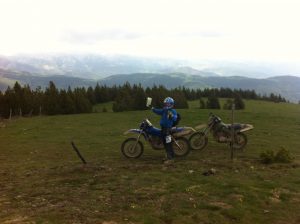 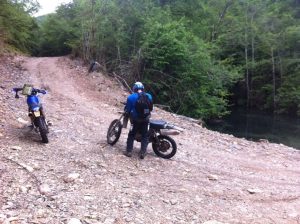